Competent appearance by Janez Lenarčič in front of members of EP

In his introductory remarks at his hearing in the European Parliament in Brussels on Wednesday, Janez Lenarčič, to whom European Commission President-elect Ursula von de Leyen has entrusted the crisis management portfolio, promised to dedicate all his energies and almost three decades of experience in international and European fora to help alleviate suffering and provide relief to people affected by crises, both in the EU and around the world. 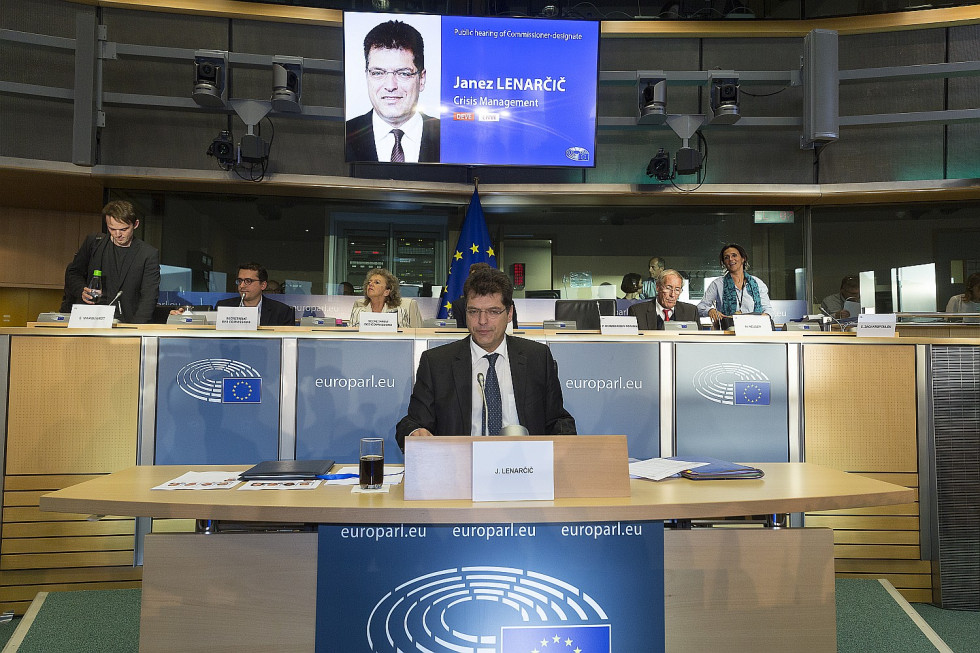 Among the challenges he highlighted humanitarian crises that last longer and are more complex than ever before, natural and man-made disasters that are occurring with increasing frequency, and the growing threat to multilateral regulation in the face of strengthening protectionism and the worsening effects of climate change.

In his opinion, however, all these challenges represent an opportunity to improve conditions, in which regard he set out the following three priorities: improving crisis response, prevention and preparedness, and improving the visibility of EU crisis management with a strong focus on communication.

He emphasised that humanitarian aid and disaster response must be instruments of last resort that are used when everything else fails. Avoiding such failures must be our first objective, he said.

Mr Lenarčič called on MEPs to support the proposed 30% increase in the humanitarian aid budget in the next multiannual financial framework, which he described as “essential for delivering our ambitious agenda”.

He ended his introductory remarks by repeating what he said in his written replies to MEPs’ questions: when he looks back five years from now, he hopes to see less suffering, more resilient communities, a healthier natural environment and Europeans with a greater trust in their future.

Unofficial sources say that Mr Lenarčič is expected to receive a positive evaluation from the European Parliament’s Committee on Development, which was the lead committee at his hearing. According to European Parliament sources, he was supported by all the political groups except the far-right Identity and Democracy. The final and official evaluation will be known in the middle of this month.

The letters of evaluation prepared by the committees in charge are confidential. The European Parliament will only publish them after they have been analysed by the Conference of Presidents, in other words after the hearings are declared closed on 17 October.