Young people in Slovenia will be again protesting against the authorities doing nothing or too little to tackle the climate crisis and preserve the environment. 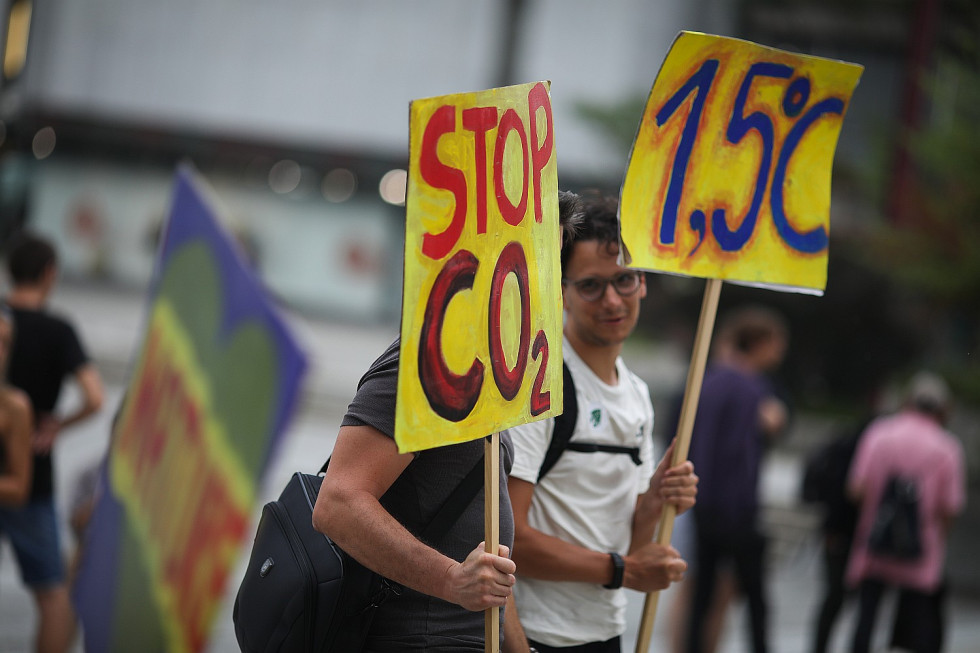 The demonstrations held across the country on Friday as part of the Global Climate Strike and #FridaysForFuture movement will call on policy makers to step up actions. The protests will be staged in 13 cities or towns, including Ljubljana, Maribor and Celje, at 11:55am, and organized by the Youth for Climate Justice. "We've succeeded in activating the whole of Slovenia again, which shows that people are increasingly getting aware of the serious consequences of the climate crisis, which will only get much graver if we don't step up our actions now," reads the Slovenian climate movement's press release.

"Slovenia can do a lot in this direction. It is also among the most ambitious countries with regard to the carbon footprint and other environmental issues," said Slovenian Prime Minister Marjan Šarec when he attended the UN Climate Summit and a World Economic Forum (WEF) debate on sustainable development, held in New York on Monday. He said Slovenia was a credible country when it came to climate measures.

"We have nothing to be ashamed of. We're on a good path. Slovenia is 60% forest, we have [the right to drinking] water in the Constitution, we're well on the way to reducing plastic," he said. "But if only small countries strive to make the world better, it will not happen. We need awareness by the superpowers and the biggest polluters." Šarec said the biggest countries would have to come around and acknowledge that climate change is taking place and join the fight. "Disputes stemming from the past will be sidelined in a few years and we'll all have to face the change taking place in nature. Denial of climate change will not result in success," he said.

Infographics: What can I do to help reduce climate change.